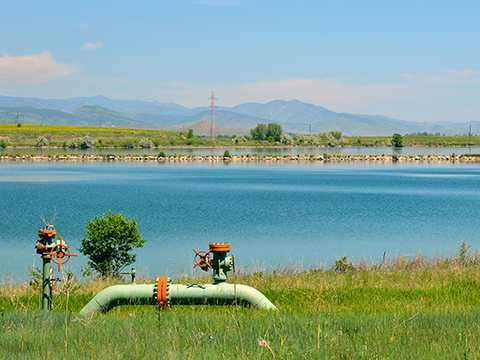 At PCS our primary focus is on engineering design and project management for the midstream marketplace. Today we would like to familiarize you with the regulatory framework as it pertains to pipelines. To simplify the myriad of regulations, we have divided them into three basic categories: physical, biological and cultural.

The earliest regulation of activities in waters of the United States, Section 10 of the Rivers and Harbors Act of 1899, requires authorization from the Secretary of the Army, acting through the Corps of Engineers (USACE), for the construction of any structure in or over any navigable water of the United States.

This act is why the USACE’s Districts are identified by dominant river drainage systems (geographical features), as opposed to political boundaries (i.e.: state lines).

Establishes the basic structure for regulating discharges of pollutants into the waters of the United States and regulates quality standards for surface waters.

Section 401 – Water Quality Certification (WQC). States and authorized tribes have the authority to grant, deny, or waive WQC for federal licenses or permits that may result in discharge into waters of the United States under Section 404.

Is a comprehensive Federal law that regulates all sources of air emissions.

Title I: Prevention and Control

Congress passed the Endangered Species Preservation Act in 1966, providing a means for listing native animal species as endangered and giving them limited protection.

Is a United States federal statute that protects two species of eagle. The bald eagle was chosen as a national emblem of the United States by the Continental Congress of 1782 and was given legal protection by the Bald Eagle Protection Act of 1940. This act was expanded to include the golden eagle in 1962.

Is a United States federal law, that codified a treaty already signed with Canada (then part of Great Britain) in response to the extinction or near extinction of a number of migratory bird species, many of which were hunted either for sport or for their feathers.